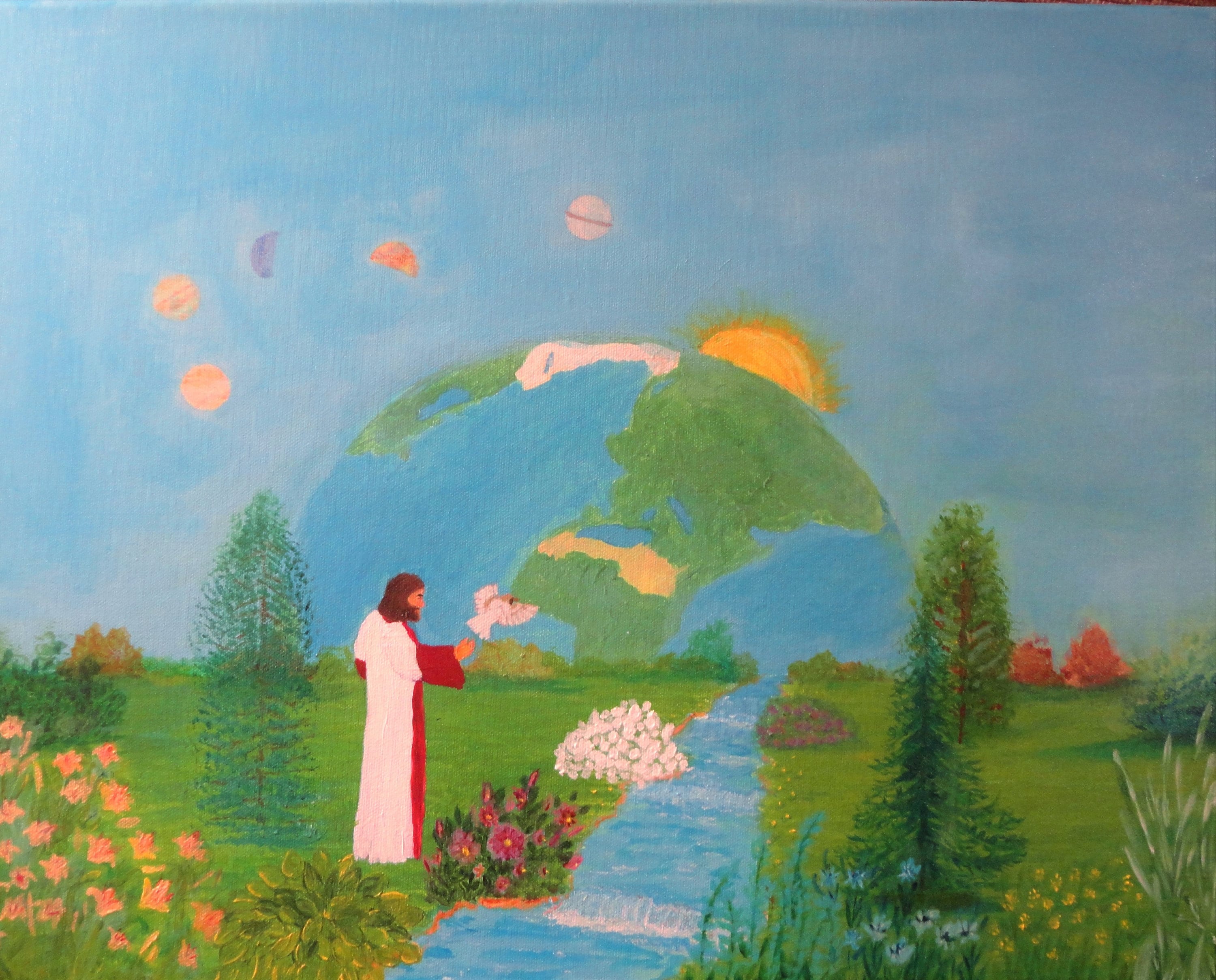 John, inspired and moved by God the Holy Spirit, (2nd Peter 1:21 and 2nd Timothy 3:16,17),  wrote the book that bears his name, the gospel of John. In John's writing, he shares with his readers, the revelation of Who Jesus truly was, the eternal God making His entrance into the world in the person of Jesus, and His purpose, "that all men through Him might believe," John 1:8 KJV

"For God so loved the world, that He gave His only begotten Son, that whosoever believeth in Him should not perish, but have everlasting life." John 3:16 KJV

In Genesis 1:1 "In the beginning God created the heaven and the earth."

The Eternal Triune God makes a departure, not of Himself from eternity, but He begins a period of time within eternity. In the onset of this period of time, He creates the heaven and the earth.

Moses, the writer of the Book of Genesis, refers to God in the Hebrew, as Elohiym. The name is in plural form, confirming by Moses, as He is moved and inspired of the Holy Spirit, that the One Divine being, Elohiym, is multiple Persons.

In Genesis 1:2, in the last portion of the verse, Moses writes "And the Spirit of God moved..." God the Holy Spirit not only moves and inspire men to write the Word of God, but He was also active in the creation of the heaven and earth.

Study the above verse in depth.

What we are seeing, as we look at creation, is a confirmation of the power in the words of the Divine Being. These are words, not only are they powerful, but they stand the test of time, they are steadfast, they do not fade away. These are words we can place our trust in, words we can believe.

And then, in Genesis 1:3, The Word speaks, "Let there be light. 4 And God saw the light, that it was good: and God divided the light from the darkness. 5 And God called the light Day, and the darkness He called Night. And the evening and the morning were the first day.

9 And God said, "Let the waters under the heaven be gathered together unto one place, and let the dry land appear," and it was so. 10 And God called the dry land Earth; and the gathering together of the waters called He seas: And God saw that it was good.

20 And God said, "Let the waters bring forth abundantly the moving creature that hath life, and fowl that may fly above the earth in the open firmament of heaven." 21 And God created great whales, and every living creature that moveth, which the waters brought forth abundantly, after their kind, and every winged fowl after his kind: and God saw that it was good. 22 And God blessed them, saying, "Be fruitful, and multiply, and fill the waters in the seas, and let fowl multiply in the earth." 23 And the evening and morning were the fifth day.

Approximately 1500 or so years later, John, in the writing of the gospel of John, states, "In the beginning was The Word," In the beginning of the period of time that Moses spoke of, there was a divine being, who John referred to as The Word. And as we read Genesis chapter 1, it is revealed to us, this is The Word, and there was power in the words He spoke. Whatever He spoke, it came to pass, His words are sure. His are words that we can believe in, what He says is so.