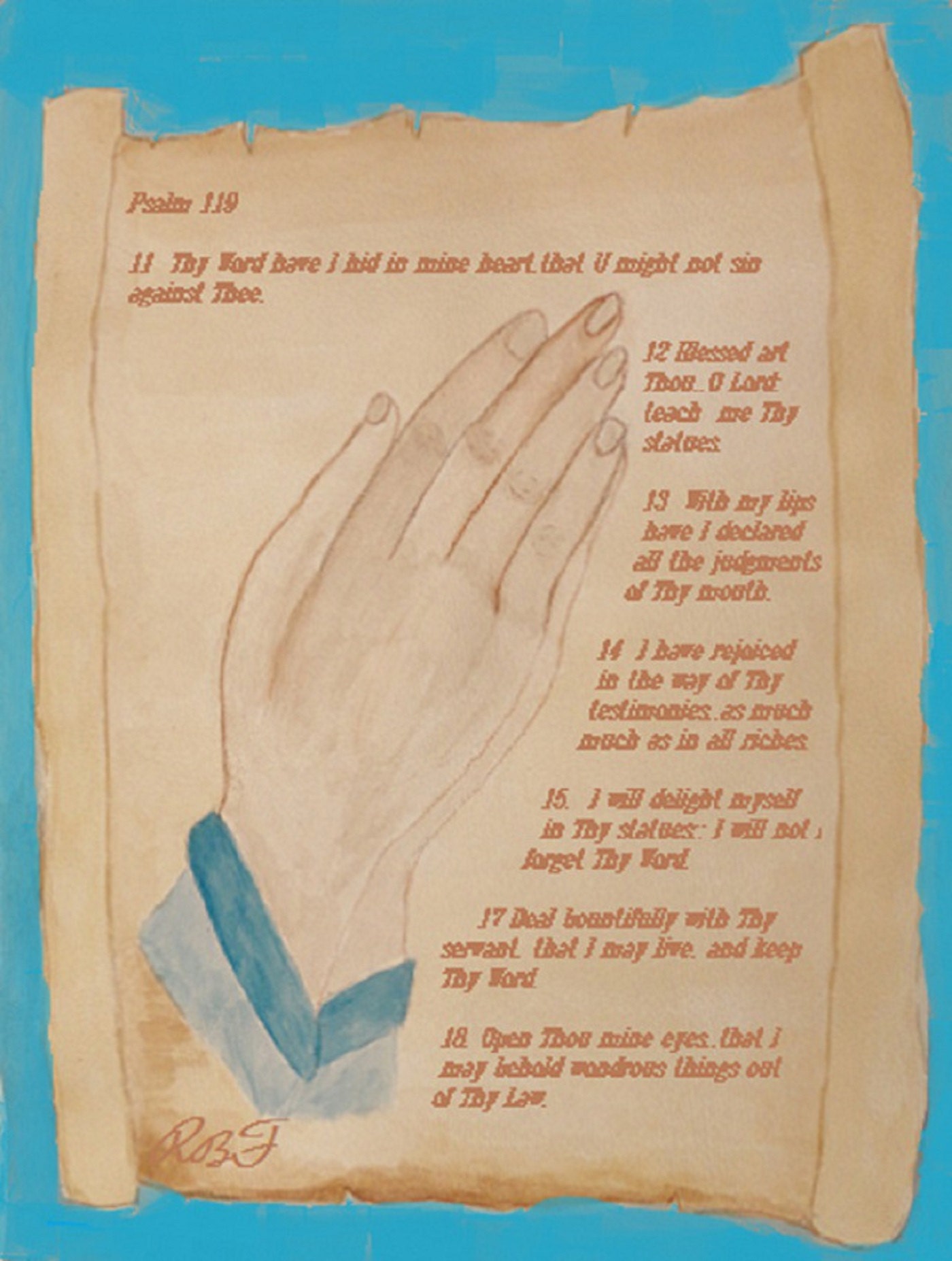 The Holy Word of God, the greatest Book of Love ever written, is one Book that we prepare for, by batheing ourselves in prayer, before opening its pages. In the Book of Psalms, we find the prayer, "Open Thou Mine Eyes, that I may behold wondrous things out of Thy Law" in Psalm 119:18. Each of us should make the prayer of the psalmist as our own personal prayer, as we open the Word of God.

This prayer in Psalm 119:18 may have been among the prayers of David or Ezra, as the memories of their exile surfaced in either man's thoughts.

Let's take a closer look at the words of this prayer in Psalm 119, in the setting of the time that the Psalmist lived, whether he be David or Ezra.

The word Open, in Psalm 119:18, means to denude, to expose, to make bare or naked, to exile. When people are in exile, they are stripped from their families, and they lose their clothing, homes, animals, and their native land; they lose everything of value to them. Both David and Ezra, in two different time periods, had gone through this experience and become destitute in life.

The Psalmist realized we do not have the ability within ourselves to see the full revelation of God and how He works wondrously in and through the lives of His people. Sometimes our love for God brings us to wholeheartedly seek Him, and to pray as the Psalmist. Other times we may be destitute, we may feel we are in bondage, we may suffer confusion about life, what to believe about God, and Who He is, as we go through trials in life, and this may bring us to our knees to seek Him.

God hears our prayers, and will open our eyes to see wondrous things of Him throughout His Word. He wants us to know Him, to know His love for us, and how He works in our lives, in ways that is beyond our abilities to do for ourselves. “But with God all things are possible.” Matthew 19:26" KJV

Open Thou mine eyes," Let's look now at Psalm 119 for the reference to God, whom both men, although each lived in different time periods, each of them  loved the one true God.

Psalm 119:12 "Blessed art Thou, O Lord, teach me Thy statues." Both men praised God whom they called Lord, (in Hebrew Yehwah, a name that expressed His presence to generation after generation. His presence is everlasting). Both of these men, who lived in different time periods, worshipped and loved the same God, who guided their lives and led them to pen His Words upon their scrolls for an everlasting testament of Himself to future generations.

Now let's look at the word behold in Psalm 119:18. This word means to take a good look at, to look at something closely, to study, to search, God told Abraham "Look now toward heaven, and tell the stars, if thou be able to number them, so shall thou seed be" Genesis 15:5. We can believe after this statement from God to Abraham, many a night, he was out studying the stars. He couldn't take his eyes off the night sky. He looked forward to nightfall, to study those stars again and again.This is what the Word of God is worthy of. It is a book worthy of taking a good look at, to look closely at, to search out, whether it be day after day, morning by morning, night by night, to read, to study and to meditate upon its words.

wondrous is a word that means to separate, to distinguish, marvelous acts, extraordinary accomplishments. These are acts of God that only He, having all power, could do, acts beyond the Psalmist's power, beyond our power. These are acts distinguishable from the works that the Psalmist could carry out, or from works that you and I could carry out. The word, that either David or Ezra spoke in prayer, mainly has God as its subject. These are actions that you and I could never expect to carry out. Although something may seem impossible to us, it is always within God's power. In Matthew 19:23-26, Jesus speaking of salvation stated to his disciples, "With men this is impossible, but with God all things are possible." KJV

Law is a word for instructions, statues and teachings, that are of God, that taught man how he was to live his life on earth, as an individual and in a personal relationship with God, how to live together as family and as community, and united together in their relationship with God. The Psalmist viewed the Law as the tender loving, caring words of the God he loved. Let's look at some excerpts of Psalm 119 where the Psalmist speaks of God and His Law.

Psalm 119:18 "Open Thou mine eyes, that I may behold wondrous things out of The Law." The Psalmist saw things in the Law that he wanted to get a better look at. He describes them as wondrous, marvelous acts, extra ordinary things that the One he loved accomplished. And he asks God to strip his eyes of anything that would cloud his view. He wanted to see the full pictures of these acts like he had never seen before, things that were beyond the power of man.

Psalm 119:63 "I am a companion of all them that fear Thee, and of them that keep Thy precepts." His companions, the ones you would find the Psalmist among, they reverenced God, they stood in awe of Him, They were of one mind, they lifted God up in their praises of Him, and together they rendered God the respect He was worthy of.

God does not want us to miss out on the wonderful things He unveils or reveals of Himself to us. Throughout the Holy Scriptures, from Genesis through Revelation, God reveals Himself to us as the triune God, God the Father, God the Son,  and God the Holy Spirit.

And He wants us to know and to see Him, always wonderful and marvelous things to discover of Him throughout His Word.

Previous Post Paul, Shackled and Imprisoned in Dungeon, in Rome Sharing with Roman Guard
Next Post About The Foshee's
0 items in your cart